Back Matter Pages About this book Introduction In recent years, there has been a growing interest in the need for designing intelligent systems to address complex decision systems. One of the most challenging issues for the intelligent system is to effectively handle real-world uncertainties that cannot be eliminated.

These uncertainties include various types of information that are incomplete, imprecise, fragmentary, not fully reliable, vague, contradictory, deficient, and overloading. The uncertainties result in a lack of the full and precise knowledge of the decision system, including the determining and selection of evaluation criteria, alternatives, weights, assignment scores, and the final integrated decision result. Computational intelligent techniques including fuzzy logic, neural networks, and genetic algorithms etc. Both recommended only surgical masks.

Eremin did not respond to requests for comment from The New Atlantis. In another disconcerting case, in the fall of , the WHO rejected an offer of assistance from Linda Forst, a University of Illinois at Chicago UIC professor who regularly consults with American and international health agencies, and who runs a WHO collaborating center. This account was confirmed by both Brosseau and Forst. While it is true that WHO policies require collaborating centers to have no real or perceived conflicts of interest , Brosseau told The New Atlantis that she has not received support from 3M for several years and that when she did she was at a different university and it was a small fraction of her funding.

The WHO has declined to comment on these details. It may be that the conflict of interest in this case lies in the other direction. As noted earlier, Brosseau has been outspoken in warning that Ebola may be transmitted through the air and that the WHO and CDC should recommend powered respirators. 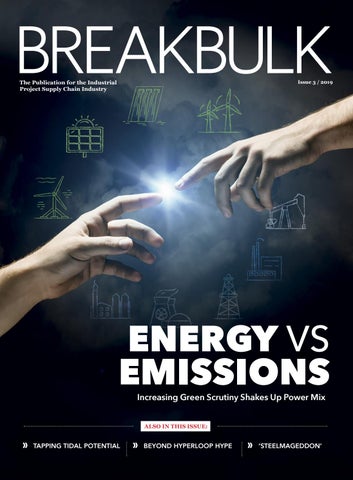 She is a known quantity among the WHO top leadership. The WHO has again declined to comment on this question. Another troubling episode involves the literature review published in the journal mBio in February Brosseau, it should be noted, is among the authors. Devoid of any policy suggestion, the mBio article is purely an analysis of the scientific literature, written in careful, tentative language. And yet, one of the authors has taken the unusual step of asking to have his name removed from the paper: Pierre Formenty, a respected field epidemiologist who works at the Department of Epidemic and Pandemic Alert and Response at WHO headquarters in Geneva.

The lead author on the paper, Michael Osterholm of the University of Minnesota, confirmed that Formenty had asked to have his name removed, and that, because of a miscommunication, Formenty had not approved his authorship prior to publication, though he was involved in drafting the paper. Several researchers I spoke with — although by no means all — described patterns of discouragement from the CDC and the WHO against open discussion of airborne disease risks.

Employees showed reluctance in professional settings to speak openly of research that contradicted official statements, and pressure was exerted behind the scenes to downplay the possibility of disease transmission through the air. These patterns were said to have existed for years, and to have pertained to discussions not just of Ebola but of several other diseases. One request is for copies of e-mails, sent to or from certain CDC employees during the outbreak, discussing airborne transmission and respiratory protection.

The other is for internal documents, other than e-mail, discussing the same. These FOIA requests remain outstanding as we go to press. But whatever the case, it is clear that the organizations failed to solicit enough challenging opinions — that they were content to defend encrusted ideas on the grounds of limited evidence rather than to vet doubts aggressively.

The contrary evidence was not difficult to find, at least for those who wanted to see it — and many respected researchers were working to get it seen. Their few public statements on this matter make little coherent sense, and give the impression of invoking strictly scientific rationales to justify decisions made for many other reasons. Aside from the claim that respirators were not necessary, the other common argument against them was that they may actually be more hazardous than surgical masks.

The CDC repeatedly invoked this idea in the ten days between the infection of the Dallas nurses and when the agency finally upgraded its recommendations. The WHO, which has not yet changed its guidelines, continues to make this specious claim. It is of course well known among the medical community that the act of removing hoods, masks, double gloves, and suits carries its own risks when performed improperly: It presents a number of opportunities for infectious fluids successfully trapped on the exterior of the equipment to now make contact with the body.

The CDC itself stopped invoking the idea that respirators might be more hazardous than surgical masks after it upgraded to recommending respirators. Two final points are worth noting. A set of guidelines , prepared and issued jointly by the two organizations, recommended the use of respirators for all workers near patients even suspected to have hemorrhagic fevers, including Ebola.

Surgical masks were recommended only when respirators were not available. These and other measures were justified on the grounds of preventing droplet and airborne transmission. It is unclear why these guidelines were changed.


Probably, the authors extrapolated some inconclusive data coming from lab animals. This designation, Biosafety Level 4, is very exclusive — only a few diseases merit this protection level. It requires the use of powered respirators, among a number of other strict measures. The microbes in a BSL-4 lab are dangerous and exotic, posing a high risk of aerosol-transmitted infections. Infections caused by these microbes are frequently fatal and without treatment or vaccines.

As Raina MacIntyre has documented , nearly all public health agencies in the world have much more stringent safety standards for dealing with Ebola in laboratories than in treatment settings. On the other hand, as MacIntyre points out, this difference actually means that health care workers are at much greater danger in the first place — working with live patients means they are far more likely to be exposed to infectious fluids and aerosol-generating events, and the environmental controls against these modes of transmission are typically much weaker in hospitals than in research labs.

It is unclear, then, why the CDC insisted during the Ebola outbreak that ordinary hospitals were capable of safely treating Ebola patients — why it did not recommend that confirmed cases be transferred as quickly as feasible to high-containment units like the one at Emory University , which successfully treated four cases with zero patient mortality and no infection of hospital staff. And it is unclear why the CDC did not recommend that, barring such transfers, health care workers, even if they could not meet Biosafety Level 4 standards, at least use the stronger protective measures already available to them.

J ournalists and government investigators have uncovered a range of institutional problems at the CDC and the WHO since the Ebola outbreak began, and while an in-depth analysis is beyond the scope of this article, it is worth highlighting a few items. A similar, if much less pronounced, state of affairs may hold at the CDC. In a recent report in the British Medical Journal , Jeanne Lenzer revealed that the agency receives millions of dollars in funding from private individuals, philanthropic foundations, and corporations — including medical manufacturers.

Although that money makes up a tiny portion of the overall CDC budget, Lenzer cites numerous instances in which the agency issued recommendations that seem to have directly benefited its corporate donors. For present purposes, however, what is most interesting is the tendency of both organizations to put optics — public perceptions and political correctness — ahead of wise policymaking. This is not the only instance in which the WHO has expended some of its apparently critically limited attentional resources on avoiding hurt feelings.

Not mentioned in this statement was Ebola, which is also named for a place: the Ebola River in the DR Congo, where the disease was first identified. For the CDC and the broader U.

To be sure, quarantines are a complicated policy measure, with considerations for and against that are difficult to quantify, much less to reconcile. There are good reasons to use them sparingly. But Ebola workers were a high-risk group by any reasonable estimation — particularly in West Africa, where infection controls were generally poor — and the duties of a medical professional are rather different from those of an ordinary citizen. From many quarters, including President Obama , the argument was made that quarantines — even just for workers with low-level symptoms, as in the New York and New Jersey policies that the Obama administration aggressively sought to quash — would scare workers away.

No evidence was offered for this claim. Much more peculiar than the claim of a material disincentive — the hassle of three restricted weeks — was the claim of a moral disincentive. Perhaps the most surprising person to voice this idea was Craig Spencer, the doctor who himself became ill with Ebola after returning from West Africa and traveled freely around New York City for two days with possible early symptoms before he was isolated. It is no exaggeration to call the work of Dr.

Spencer, and others who risked their lives to help Ebola-ravaged nations, heroic, especially because they volunteered for the job. But it is passing strange to suggest that it disrespects medical workers to ask them to follow the primary mandate of their profession — first, do no harm. Nobody regarded as stigmatizing the Pentagon policy of quarantining for 21 days all personnel returning from Guinea, Liberia, and Sierra Leone, regardless of their symptoms or proximity to infected patients.

Nor, for that matter, was it considered an insult to the heroism of the Apollo astronauts when, to guard against the remote possibility that they had encountered unknown pathogens on the Moon, they were upon returning to Earth placed in quarantine for 21 days. The leadership of the Obama administration and the CDC could have directed their considerable public influence toward making this point. Little political energy would likely have been needed to ensure that quarantines functioned as a free vacation — a home stay with overtime pay, no expenditure of work leave, no other professional penalty, perhaps even a civilian medal awarded and a nice gala held for them all in recognition of their uncommon civil service.

Even had a carefully risk-oriented evaluation judged quarantines unnecessary in this particular case — and no such evaluations were in evidence — it was peculiar to see political leadership claim helplessness before social forces that it suggested were unalterable even as it sought to reinforce them through its very words. A similar attitude was at play when it came to the question of whether Ebola could be transmitted through the air. It was the attitude that led public health officials to argue, perversely, that better protection was somehow hazardous — that workers should avoid it rather than get training to ensure they used it properly.

It was the attitude that led some to argue, in leading medical journals, that protection more robust than recommended by the CDC and the WHO should not be used, indeed that the possibility should not even be discussed, for this would scare people and undermine confidence in the effort.